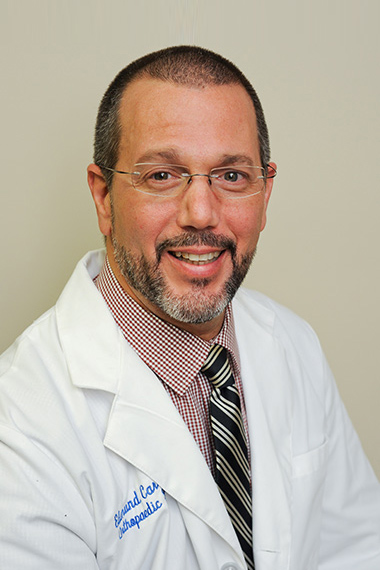 Dr. Ed Carroll is a native of Bucks County, Pennsylvania. He grew up in a family devoted to the medical sciences. His father practiced internal medicine and his mother served in the pharmaceutical field. Dr. Carroll attended the Hill School in Pottstown, Pennsylvania. In addition to his studies, he enjoyed playing ice hockey. His hockey skills led to his recruitment by the Rochester Institute of Technology (RIT) in Rochester, New York. As an undergraduate, Dr. Carroll studied engineering and played on the men's ice hockey team. He was part of the school's first Division II NCAA National Championship Team in 1983.

Following graduation in 1985, Dr. Carroll worked with Rorer Pharmaceuticals. He found that he preferred more interaction with people and more of a hands-on approach. In 1988, he returned to school, attending Trenton State College in the pre-med program. At the same time, he served as a medical clerk for his father. After graduating, Dr. Carroll attended the Philadelphia College of Osteopathic Medicine. He graduated with a medical degree in 1995.

After medical school, Dr. Carroll interned at the Delaware Valley Medical Center in Pennsylvania and developed an interest in orthopedic surgery. He fulfilled his residency requirement at Frankford Hospital in 2000, serving as Chief Orthopedic Resident his final year. He completed a Fellowship year at the University of Chicago, specializing in adult reconstruction and revision surgery of failed hip and knee replacements.

After his Fellowship, Dr. Carroll practiced in Massachusetts and then Florida. However, he and his wife, Theresa, soon realized that they preferred life in a small coastal town close to their Philadelphia roots. They moved to Sussex County and Dr. Carroll joined OASD. Dr. Carroll is now board certified in orthopedic surgery.

Back
Meet Our Doctors